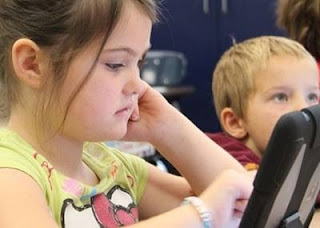 First, do no harm
Essay examines parents' expectations of care when children are at school, including protection from known screen safety health risks.

Getting Ready for the MD General Assembly

If you are not already familiar with your legislative representatives, here is a link that will help you identify and contact them regarding classroom screen safety in Maryland classrooms: http://mgaleg.maryland.gov/webmga/frmmain.aspx?pid=legisrpage

As soon as the bill is filed, the bill number and sponsors will be listed here, and made known through Twitter.

The bill will travel to a House committee for a hearing.  The hearing schedule will also be listed here with links to the committee members. It's important to contact your legislators to make sure that they support this effort, and that they also reach out to committee members to vote for it.

It is anticipated that Delegate Arentz's bill will be cross-filed in the Senate, so please be sure to contact your Senator(s) as well as your Delgate(s).

Thanks to all who are following on Twitter and sharing this information through your own Facebook pages. Here are this week's research links:

A new Johns Hopkins study finds digital device use linked to rise in depression among teens, especially girls. Researchers "speculate that greater exposure to known depression risk factors such as problematic cell phone use, including cyberbullying, may play a role."

Screen time has long been associated with the rise in obesity. UCLA reports that over 12.7 million children and adolescents are overweight or obese. "And it’s not just a cosmetic issue: obesity increases the risk of health problems such as asthma, heart disease and type 2 diabetes."

The University of Maryland's Dr. Michael Brody examines some of the psychological impacts of screen time in his book, Seductive Screens:   "Is children’s media entertaining and educational, or a Trojan  horse  bearing  hyper-consumerism, violence, and poor health? "

Primary Care Optometry News (PCON) explains how children are more seriously impacted by the damaging blue light from screens: "An iPad held at 8 inches by a child actually has about four times the intensity than if the device were held at 16 inches by an adult ... this is a critical point to consider regarding the dangers of blue light exposure."

Delegate Arentz's classroom screen safety bill has been submitted to Legislative Services; a draft should be available this coming week.
Many thanks to those who have followed the Twitter account (@screensandkids). Thank you for retweeting the research that supports the need for medically sound classroom screen safety regulations to protect Maryland students from harm. Nearly every day, new scientific evidence is uncovered that illustrates the need for clinicians to protect students who are now required to use a digital device for classwork and homework.

University of MD revealed worldwide screen addiction among students 6 years ago
The Philip Merrill College of Journalism's  International Center for Media & the Public Agenda (ICMPA): "Students around the world repeatedly used the term ‘addiction’ to speak about their dependence on media. “Media is my drug; without it I was lost,” said one student from the UK. “I am an addict. How could I survive 24 hours without it?”"

JAMA Pediatrics: Latest study on digital devices and sleeplessness
" A systematic review and meta-analysis showed strong and consistent evidence of an association between access to or the use of devices and reduced sleep quantity and quality, as well as increased daytime sleepiness... An integrated approach among teachers, health care professionals, and parents is needed to improve sleep hygiene."

Another good reason for DHMH classroom safety guidelines:
volume levels on headphones and earbuds
"Despite claims that kids headphones limit volume to 85 decibels (the level the World Health Organization considers “safer”), up to one-third of the kids headphones we tested exceeded that level when measured with pink noise, allowing higher volumes—sometimes much higher. " ... "Bigger kids (4 years and up) have different requirements than little ones." - The Wirecutter (New York Times affiliate)

• Buy blue light filters for all your child’s devices. They are easy to affix and are relatively affordable. Be sure to look for those that block 100% of blue light.
• Encourage kids to look away or walk away every 20 minutes or so.
• Educate your child about the risks.
• Support legislation that determines medical guidelines for safe use of digital devices in Maryland classrooms. Contact your elected officials to share your concern and support."

New York Times health columnist warns about addiction:
Hooked on our Smartphones
"The near-universal access to digital technology, starting at ever younger ages, is transforming modern society in ways that can have negative effects on physical and mental health, neurological development and personal relationships..."

Education Week: Warning Sounded on Tech Interrupting Student Sleep
"A recent meta-analysis by British researchers has brought renewed attention to the issue, calling increased use of mobile devices at bedtime a "major public-health concern" for children and teenagers." 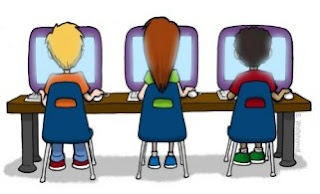 Please follow @screensandkids for timely updates as Maryland leads the nation in screen safety for our children.  A Facebook page is not forthcoming, so please post and share with your colleagues, friends and family: www.screensandkids.us
Email ThisBlogThis!Share to TwitterShare to FacebookShare to Pinterest
Newer Posts Older Posts Home
Subscribe to: Posts (Atom)