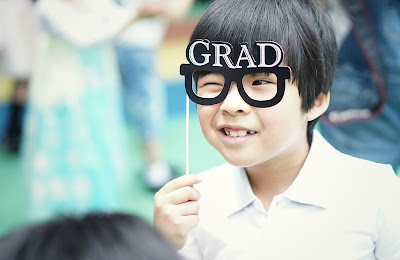 HB1110:  "Public Schools - Health and Safety Guidelines and Procedures - Digital Devices" directs the Maryland State Department of Education, consulting with the Maryland Department of Health to convene a group of medical experts and stakeholders to develop health and safety guidelines for the schools' technology equipment.

Sponsored by Delegate Steven Arentz (R-District 36, Eastern Shore) and 32 co-sponsors - representing statewide bipartisan support - the legislation is in response to the mounting scientific data that underscores the need to protect children from visual, physical and mental health risks posed by the unsafe use of classroom devices.

Delegate Arentz reports, "The research just continues to mount - our kids need to be protected, while they learn how to compete in the world today."

The University of Southern California's Roski Eye Institute has identified the use of screens as a factor contributing to the epidemic myopia now seen among children in the United States. Says lead researcher, Dr. Rohit Varma, "the use of mobile devices and screens on a daily basis, combined with a lack of proper lighting or sunlight, may be the real culprit behind these dramatic increases." Extreme myopia can lead to serious complications later in life, including glaucoma, cataracts, retinal detachment and macular degeneration -- all potentially blinding conditions.

Clinicians are also concerned about dry eye disease, since children do not blink often enough when using screens, in addition to "eye discomfort, fatigue, blurred vision and headaches." Making matters worse, the research shows that because children don't realize anything's wrong, they don't report or mitigate their own discomfort.

Researchers are also concerned about the effects of sleeplessness caused by the use of digital devices, including computers used for homework at night.  The HEV blue light emitted from digital devices suppresses an important hormone called melatonin, which tells the brain it's time to rest.

Without melatonin, kids can't sleep, and, according to the National Sleep Foundation, become agitated and anxious. Their research reports that "adults usually become sluggish when tired while children tend to overcompensate and speed up. For this reason, sleep deprivation is sometimes confused with ADHD in children."

The World Health Organization reports that obesity, diabetes and heart disease in children are also being associated with the increased sedentary behaviors that coincide with unsafe digital device use, noting "the increasingly urbanized and digitalized world offers fewer opportunities for physical activity through healthy play."

Addiction to technology, anxiety and suicide are also grave concerns for clinicians, and the focus of numerous studies. According to the Centers for Disease Control, suicide is the number 2 cause of death among teenagers today. And while much of those studies concentrate on personal use of computers, schools are increasingly using digital devices as their primary platform for communication, even within the classroom.

As a result of the increasing research, the American Academy of Pediatrics' Maryland Chapter and the Mental Health Association of Maryland as well as the Maryland State Medical Society, (MedChi) representing all of the state's physicians, have all endorsed the legislation, hoping that the General Assembly will heed the medical warnings.


National child advocacy groups are also endorsing HB1110, including Parents Across America and Campaign for a Commercial-free Childhood (CCFC), which has more than 800 members in Maryland.

"Maryland lawmakers are leading the nation by protecting children from overuse of digital devices in the classroom. We applaud this initiative and wholeheartedly support this bill," said Josh Golin, CCFC Executive Director, whose organization has just launched the Children’s Screen Time Action Network. The Network will host the first national conference on children’s screen time issues in Boston on April 20-21.

Concerned parents across the state are hopeful that legislators will pass the bill and ensure that their children are using the schools' equipment safely. The legislation has the support of Advocates for Baltimore County Schools and the Parents' Coalition of Montgomery County.

Queen Anne's County parent Cindy Eckard, who has spearheaded this effort, has compiled scientific studies and safety warnings from digital device manufacturers on her website, www.screensandkids.us and @screensandkids Twitter account to help educate policy makers, legislators and the public.

"While the debate over the personal use of screens will likely continue as a parenting issue, it is the legal responsibility of the schools and the individual teachers to avoid known hazards and provide a safe classroom. Educational applications pose the same risk to our children's developing eyes and growing bodies as any other content," she says.

"The medical evidence cannot be ignored: our children will be damaged without protections in the classroom."

The hearing for HB1110 is scheduled in the House Ways and Means Committee on Friday, March 2 at 1:00. For more information, contact Delegate Arentz's office at 410-841-3543, steven.arentz@house.state.md.us or Cindy Eckard: screensandkids@gmail.com.
Email ThisBlogThis!Share to TwitterShare to FacebookShare to Pinterest
Newer Post Older Post Home